The PH-3 is a digital phaser that has “rise” and “fall” modes. With a slow rate setting, it has a very nice “endless” effect, like a Shepard tone.

After reviewing the schematic of the PH-3, and a quick bench test, I decided it was OK to subject the power input to my +12V rail, as opposed to the expected +9.6V standard Boss wall wart output. I don’t necessarily recommend this, but after many years of using it this way, the PH-3 is still running fine, so I’m not too worried about it.

The 1/4” input and output jacks were changed to banana jacks. There is an expression pedal 1/4” TRS jack and I included the T and R connections as banana jacks. I never use this feature (so far), but figured might as well have them available rather than try and go back for them later. The bypass switch was replaced by a simple momentary panel mount version. Since the footswitch is like the Moog S-Trig (short to ground type), adding a simple transistor switch allows for V-Trig (or normal trigger) operation of the bypass feature. 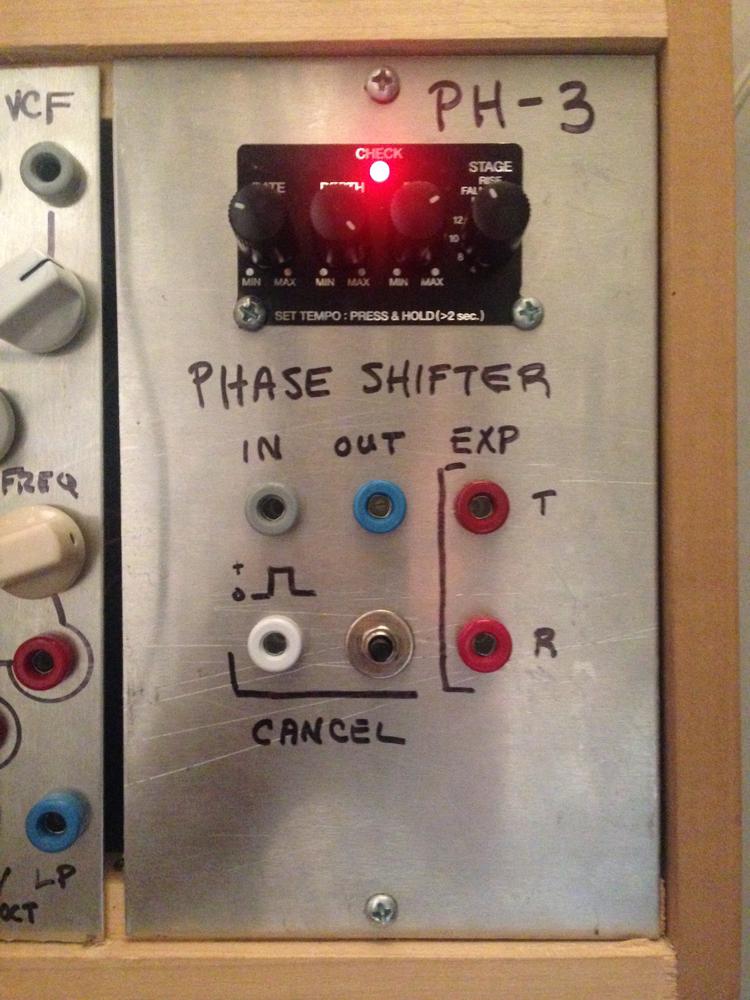